What is a Dieline in Packaging & Print?

In the printing and packaging industry, a dieline – is designed to be the template needed to create the required layout (with the artwork) in order to produce the final physical package.

It displays the fold line, the perforation line, and the cut line.

Why is a Dieline Important?

It is essentially a blueprint for a layout that is created by a die cutter, a graphic designer, or a printer.

Below is another example of a cardboard box packaging dieline:

Dielines are used in the production of a wide variety of products such as food packages, beverage packages, brochures, and in any sort of product that requires custom packaging.

How do you Create a Dieline?

A dieline is typically created on a computer with the aid of a designing tools such as Adobe Illustrator, Artioscad and Adobe InDesign

No tool is completely superior to the other tools in every aspect and choosing a tool is often a matter of personal preference.

If you are designing a dieline for a client, the client will likely have a tool preference. 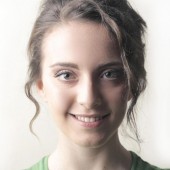 Mark Velarga is PakFactory's Director of Digital & Content Marketing. He writes about all things related to design, business and technology and how it serves value to customers, business owners, packaging designers and industry experts. Connect with him on Linkedin.

Choosing the Right Typeface for your Custom Packaging

Sustainable Packaging and How it Affects Your Business

Raster vs Vector: Which to Use for Packaging?